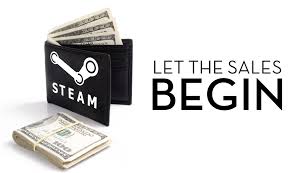 It’s that time of the year again: The Steam Sale is in full swing, and that means you can get a lot of really good games for the price of a few drinks. ALCOHOL IS TEMPORARY GAMES ARE FOR LIFE.

Also on sale: the Steam Link (€16) a simple streamer box that connects to your TV via HDMI and allows you to stream games from your network-connected computer. Stream gets encoded in .h264, best results on a wired ethernet network. We use one in the house here, and it works great!

Also number 2: there’s more out there than Steam! Some excellent games can be bought DRM-free and cheaper on different platforms as well: The Witcher 3 GOTY! Kentucky Route Zero! FTL!