I’ve implemented a stable version of the Amanatides and Woo algorithm for fast traversal of voxel grids and added some optimisations and support for non-square voxels.

After reading up on OpenMP, I couldn’t stand having a renderer which ran an inherently parallel algorithm on just one CPU. Every ray shot (we shoot rays to ‘pierce’ the data grid) is independent: the only thing the threads need is read access to the data structure which holds the grid information. Notice that I’ve just scratched the surface of parallel programming – lots of other optimisations are possible, more efficient data structures, etc … I’m sure my colleague Ares Lagae can advise me on that, since he’s a real C++ mastermind. 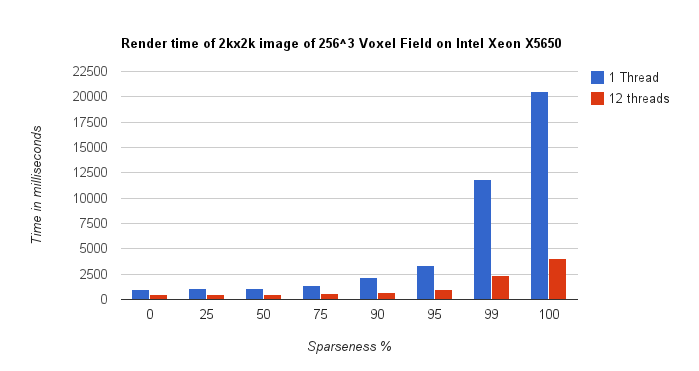 In the following tests I rendered images on a “first found” basis: we render the first nonempty voxel the ray encounters. This is a field of 256x256x256 colorfield / randomly-colored, slightly rectangular voxels. Thats a bit more than 16 million data points. Pretty impressive how a software-mode ray caster just burns through all that at a decent speed on such a high resolution (2000×2000) If you only work with dense objects, on a more human resolution (800×600) the rates can be considered real time – can’t wait for my GPU implementation! 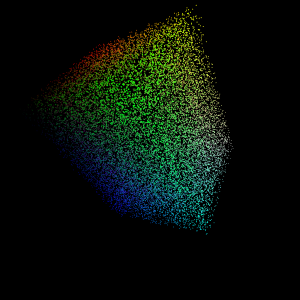 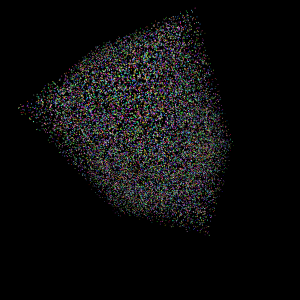 Now that I have Amanatides/Woo(and thus a list of voxels the ray pierces), the need for marching is gone. Other interesting problems arise however:

Next step is to write an importer that can import some obj files, perform sampling on them to transform them into a voxel field. Let’s get rid of these stupid cubes!

Oh, and since I love publishing bloopers, this is what happens when you mess up your inner loop variables/invariables with OpenMP: 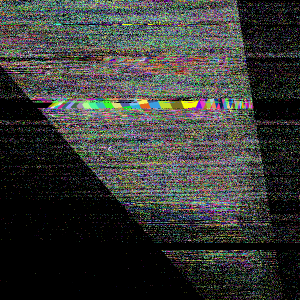