The current plan for my thesis is to compare several implementations I made, which all have the same purpose: draw contours and suggestive contours on a given mesh, as fast as possible, as correct as possible. It’s time to review the status of the current builds of these different tools. All of them are written in C++ using OpenGL. Additional libraries are (free)GLUT (for windowing), GLEW (for extension loading) and Trimesh2 (for efficient vertex/mesh operations).

Read more behind the cut.

This image might not look so spectucular, but the last implementation renders the contours of this heavy (+300k faces) Armadillo model at a very interactive 10 frames/second. Vrrrrroum. 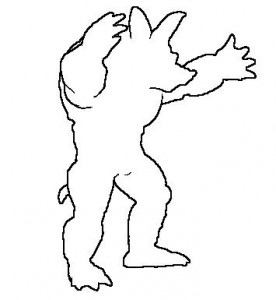