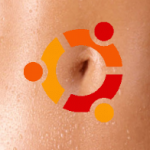 After upgrading from Intrepid (8.10) to Jaunty (9.04) I noticed a noticeable performance hit, in 2d and 3d applications on my Ubuntu system, running a (rather crappy) Intel 945GM mobile graphics chip. After poking around on the Ubuntu forums I found this thread. The problem seems to be the switch between EXA and UXA in the new intel driver.

More tech talk and a solution behind the cut.

This Ubuntu wiki article explains it quite nicely:

EXA was introduced as a stopgap measure, to provide better integration with XRender than XAA did. In practice, while this proved quite advantageous in some respects, it also exhibited a number of corner cases and regressions.

Although the beforementioned forum thread talks about very tedious fiddling with new modules, experimental kernels and edge repositories, I found that a serious performance gain can be made by forcing the XServer to use the UXA mode, which might be unstable on some systems, but seems to run good here:

Backing up your config file first is always a good idea. Good luck!