I’ve implemented the pick-some-random-faces-algorithm (the algorithm formerly known as the Markosian algorithm, from this paper) for suggestive contours too now. Results are a bit better when it comes to framerate, with the big gains of course in models with more faces. For example, of the 40000 faces of the skull, only testing 400 for contours and 400 for suggestive contours gives the following (you can see my nifty FPS counter there too). 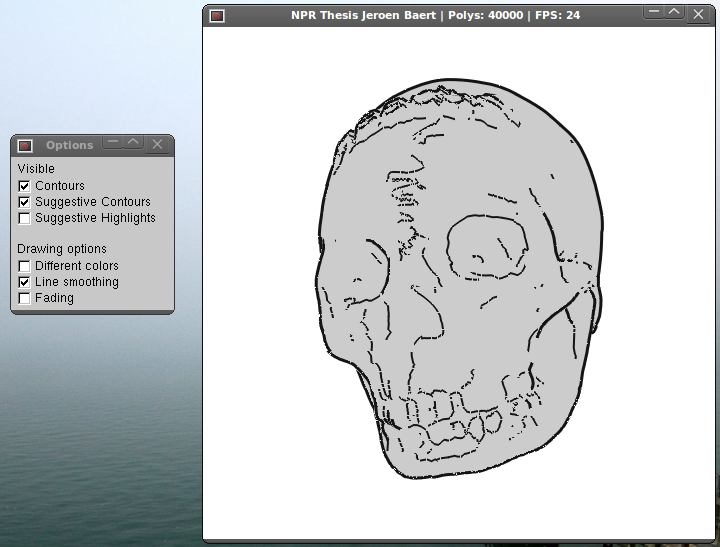 Some questions to ask myself, and color coding (patent pending) to indicate how much development time is needed to try them. I’d like to move on to implementing another alternative (Image-space algorithm on GPU), so I don’t want to lose time: