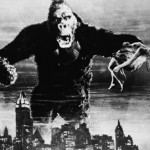 Waking up and reading the Spectrial has called it a wrap for the day.  As expected, the prosecutor referred to the dropping of 50% of the charges as a ‘small change’. The defendants did not agree, of course. Swedish newspaper Metro headlined “Fiasco for Prosecutors”.

A lot of industry representatives had their say (it seems they all have to re-explain how Bittorrent works, over and over again), and the interesting thing about their talks is this idea: one download = one lost sale. It’s a debate that got through the roof about the indie game World Of Goo too (see Rock, Paper, Shotgun).

More behind the cut.

For the song “Let it Be” by The Beatles, IFPI is asking for 10 times the damages, since the band’s music isn’t officially available online. Interesting logic here – perhaps if The Beatles music was made officially available, people wouldn’t even need to pirate it. The same 10X multiplier is used for all material ‘made available’ before official release, referring to this charge as a special “preview license.”

After the claims, the defendants had their say. In conclusion:

After that Carl Lundström’s lawyer pulled off quite a show by pulling the so-called King-Kong Defense (link in swedish). Riddle me this, corporate man (once again from TorrentFreak):

EU directive 2000/31/EG says that he who provides an information service is not responsible for the information that is being transferred. In order to be responsible, the service provider must initiate the transfer. But the admins of The Pirate Bay don’t initiate transfers. It’s the users that do and they are physically identifiable people. They call themselves names like King Kong. […] According to legal procedure, the accusations must be against an individual and there must be a close tie between the perpetrators of a crime and those who are assisting. This tie has not been shown. The prosecutor must show that Carl Lundström personally has interacted with the user King Kong, who may very well be found in the jungles of Cambodia.

I recommend downloading the excellent documentaries Steal This Film (spectrial edition) and Good Copy, Bad Copy. All available for Bittorrent download, of course. Steal This Film has been updated with more footage of the TPB admins preparing for the trial.

The hitch in the prosecutor’s plan hinges on Pirate Bay’s dual-functionality. The site includes a “tracker” that coordinates communication between peers downloading and uploading files. But it also has a searchable index that merely lists the torrent files available through a variety of trackers, not just The Pirate Bay’s. The prosecutor now appears to agree with the defendants that he cannot prove that the specific files at issue were handled by Pirate Bay’s trackers.