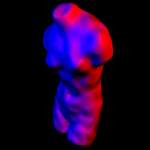 More screenshots in this blogpost, and this one. 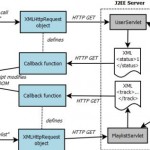 During our Multimedia course, we had to create and implement a music visualisation tool on 4 different platforms (Flex, Android, iPhone and a multi-touch table). Our team created a party-oriented application. Using the Last.FM data of every person at the party, the idealplaylist is generated, and the links between users are visualised using a forced direction spring graph. This graph can be manipulated in order to get insight in the current playlist and configure it (e.g: to include similar artists, new artist, …).

The ‘new’ approach in this application was not to simply link similar artists together, but linking artists through users. The Flex application runs in a browser, the Android app runs standalone on an Android phone, whilst the iPhone app and multi-touch app require setting up a local app server. All of the provided software is very rough, but with basic functionality. Demo video of Android app here.

For a freeform course on multimedia and human-machine interaction, led by P. Dutré and E. Duval, we worked out a project which was based around a Structure from Motion technique. We rebuilt the processing pipeline described in this paper using several (open source) tools (Bundler, SFM, PMVS, …).

We used the technique to reconstruct colored point clouds and (in a later phase) 3d meshes from photographs we took of human heads. This is a passive technique: no grid was projected or no keypoints were attached to the objects. You can find the results of our work in several blogposts.

Nuclear Dawn is a multiplayer game project for the Source engine which centers around post-nuclear warfare. It started out as a total modification, but in 2009 the mod was handed over to Interwave Studios, who took the project to retail and aim for a public release in Q1 2011.

I was in charge of developing/optimizing the Linux server code and I have designed/implemented several HUD elements in the weapon selection system. For about a year, the PR and communication of the project was under my lead too. I helped the Interwave team work into the existing codebase and asset library during the transition, and wish them all the best.

It features three paths which intertwine at several points along the slide, making it hard for the poor penguin to catch all the salmon. 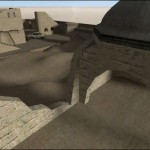 An early map for the Source engine in a middle-eastern setting. Due to time limitations I never developed it further than the geometry layout stage, details are not added yet.

This map was built using the early (alpha) versions of the Source SDK toolkit, so bear in mind that the supplied source files might have some quirks when you load them.

A sudoku solver written in Java which uses known sudoku solving strategies, as opposed to brute forcing the puzzle starting from square 1 and backtracking on a dead end.

This solver is able to explain why some cell was marked found, and print the process leading to it. Info on how the algorithm works can be found here. 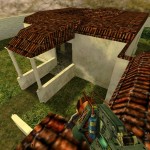 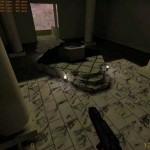 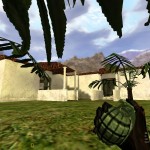 My entry for the Snarkpit.net 2004 Map Competition, called Mapping with a twist. My twist was texture limitation: this Roman-inspired map as a limit of 6 textures (light entities were included in the limit).

Building a full DM environment from scratch within the limitations was an interesting experience.

A user interface for Zoner’s Netvis tools, which allowed mappers to distribute the VIS-calculations of GoldSource maps. Compile parties wee-hay. 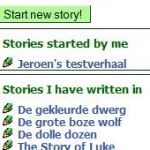 For our course on User Interfaces, we had to design and implement a Facebook application, and perform usability tests on the interface. We developed a ‘Neverending Story’ app, which allows users to write stories with their friends, one line at a time.

Because of the one-line limit, this results in crazy stories. The app is still in fairly frequent use on Facebook. 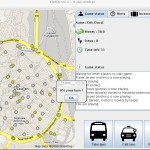 The assignment was to make a mashup of different web services. We combined Google Maps, Flickr, local RSS feeds and the timetables of the public transport services in a game called FiMiX (Find Mister X), which is based on the popular board game Scotland Yard, in which a couple of detectives must travel around a real city map to hunt down a criminal, which can make use of public transport.

The game was demonstrated during a day, and we welcomed a lot of players :)

Website using Drupal for my improvisational theatre group. A custom Drupal 6 theme design was made. The community backend was implemented using a heavily modified version of PmWiki, in order to support various CMS-like features, but still retain the power of a wiki system.

Managing small to medium-sized software projects, including websites and stand-alone applications. I’m not allowed to mention the projects I worked on, but my references can be obtained by contacting Zeropoint.

My newer music dabblings (mostly bad remixes) can be found on my Soundcloud page.