Last year, I bought an Iomega ix2 NAS, a simple box which can hold 2 hard disks for network attached storage. Since then, the company was bought by Lenovo, which does the support now. 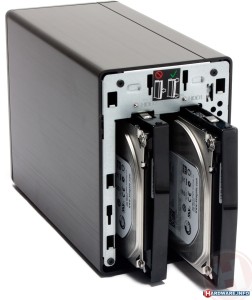 It was a pretty cheap deal, and came included with two 3 TB Seagate disks for having 6 TB of storage, or 3 TB in RAID 1. The product also cames in a “cloud” edition, which has some additional software tweaks, but is essentially the same hardware. Unfortunately, the out-of-the-box firmware has some serious issues.

Here are some tips / remarks:

After all the tweaking, the box now runs quietly, backing up my data over ssh.