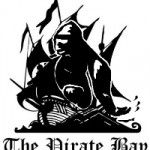 The trial against the Pirate Bay kicked off again (see brokep’s Twitter) at 13:00 today. You can find a convenient schedule of the hearings coming up at QbatHQ. The next three days will consist of so called witness hearings (am I the only one thinking witness sounds a bit off in a case like this?). These witnesses are mostly industry CEO’s and police investigators. Scheduled for this afternoon were Magnus Martensson, legal advisor of the IFPI, and Anders Nilsson, representing the AntiPiratByran bureau (an anti-pirate organisation in Sweden).

It were two hours in which I couldn’t help but wondering whether or not the prosecutors learn from past mistakes.  Spectacular scoring system and more behind the cut.

For every past mistake repeated, I will give the prosecution stars:

The day started off with the prosecutor changing the charges again (

). Quoting the beautiful girl at Bambuser:

This is sounding more hollow and hollow every time it’s changed. Peter Danowsky then tried to bring up new evidence material (

). As was mentioned several times during the previous week, this is not valid until both the jury and the defendants had the time to read it through.

First up was Magnus Martensson. He’s a lawyer for the IFPI (a swedish interest organisation for record labels). He doesn’t have any technical education, and considers himself a normal user. He collects evidence for the IFPI and files it in police reports.

His ‘research’ consists of him downloading music using the client Azureus and a torrent file from The Pirate Bay. Yet again, the actual evidence only consisted of screenshots (

). He did not use any networking equipment to actually check whether or not connections were made to the Pirate Bay tracker. He’s picked apart for his lack of technical knowledge by Anakata (Gottfrid): (from Torrentfreak)

Gottfrid: Before taking the screenshot, did you turn off DHT and Peer Exchange?

Mårtensson: DHT was obviously on. I wanted to be like an average user.

Gottfrid: So in other words, you can’t check if the tracker was used?

Mårtensson: The tracker address was visible on the screen. From that I assumed it was used in some way.

Gottfrid: But since you had DHT on, you have no possibility to state to the court as to whether The Pirate Bay’s tracker was actually used or not?

To be very bland, I don’t see what this witness adds to the trial. This is a normal John Doe with a legal degree who took screenshots of him downloading using torrent files. We’ve seen this procedure fully explained four or five times already during this trial, but never was a networking log brought up, was there hard evidence that the Pirate Bay tracker is used. And quite frankly, it is used. I just don’t see how the prosecutors (mind you: top IT law specialists in Sweden) could have missed this.

Next up was Anders Nilsson, a regular copper which joined the Anti Pirate bureau in 2004. He had a police education plus some techinical courses, or in his words: ‘nothing specific’. He also studies release groups. He also claims to have downloaded films and games using The Pirate Bay and his trackers. He claims to have evidence that the tracker was contacted in log files, but these were not available. Monique Wadsted later claimed (quoting Bambuser again) that the files were there, but you never see them. Sorry, but these kind of moot statements deserve a (

In a pretty bold move afterwards, he claimed that 90% of the content on The Pirate Bay is copyrighted material, and thus illegal. He was called back to this by the defendant’s lawyers and finally had to admit that (quoting Torrentfreak)

“I have no documentation as to the claim that most material is copyrighted. It is just an opinion.”

Showing up at a courthouse making roaring statements unbacked by evidence. Tsk Tsk (

To sum it up, the prosecution earned 9

in the Spectrial today. It is appalling how these witnesses have very limited technical knowledge and do not realise what kind of evidence (logs, network analysis) it takes to back up the new charges.  If you have to prove that someone assisted in making copyright infringements, you at least have to have hard evidence that a user has been in contact with this individual.

Keep following the #spectrial, spread the word in your blog, twitter, …